The General Society of Mechanics and Tradesmen of the City of New York: A History, written by Polly Guérin, engagingly details the 230 year-old history of the organization, and explores how The General Society’s significant past is interwoven with the development of New York City.

Since 1785, when it was founded by 22 Artisans under the memorable banner of  “By Hammer and Hand All Arts Do Stand,” prominent General Society members, such as Duncan Phyfe, Abram S. Hewitt, Peter Cooper and Andrew Carnegie have played a pivotal role in the City’s physical and cultural expansion.

The book details how The General Society continues to be as relevant today as it was in 1785. Situated in a New York City Landmark building, The Society continues to improve the lives of New Yorkers, while fostering an innovative and inventive spirit through its educational and cultural programs. These include the tuition-free Mechanics Institute, The General Society Library, and its century old Lecture Series.

Praise for The General Society of Mechanics and Tradesmen of the City of New York: A History

The men and women that have come through The Society have literally built New York City, either with their hands and tools, or by becoming business leaders who shaped the City’s real estate and construction industries. It is my hope that The Society continues to educate and develop those who will continue to build and change this great City.

The General Society represents all that is right about New York City’s building and construction trades. New York’s great success is owed in great measure to the men and women who built it and to the organizations that have supported them every step of the way. I am grateful to the GSMT for sharing their inspirational story.

I salute the General Society of the City of New York for documenting its extensive history and building on a distinguished legacy that will benefit generations to come.

The General Society of Mechanics and Tradesmen and the BTEA have worked in partnership for over a century. A century of experience teaching men and women the knowledge and skills necessary to build the world’s greatest skyline and infrastructure that makes New York City the greatest city in the world. That task and partnership will continue into the twenty-first century and beyond. It is a partnership of pride, vision, skill and commitment. Now and forever.

I commend the General Society for its reverence to the ancestors in this historical monograph, which included my father, who was a Mechanics Institute graduate. My father was one of those who, in 1927, was a proud graduate of the Mechanics Institute.

The General Society of Mechanics and Tradesmen is a grand place that has bred geniuses who have built New York, and this book gives a dissection of the early members of the Society who did this. 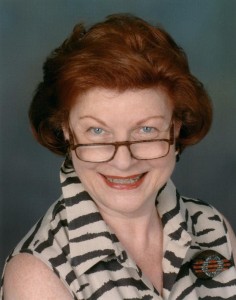 Polly Guérin is a former adjunct professor at the Fashion Institute of Technology in New York and the author of four college textbooks and two video productions. This is her second book for the History Press. Ms. Guérin‘s features on the decorative arts, antiques, collectibles and designs have appeared in Arts & Antique Magazine and other consumer publications. She also writes on Fashion and Art Deco and is currently the author of four blogs including: “Pollytalk from New York.”